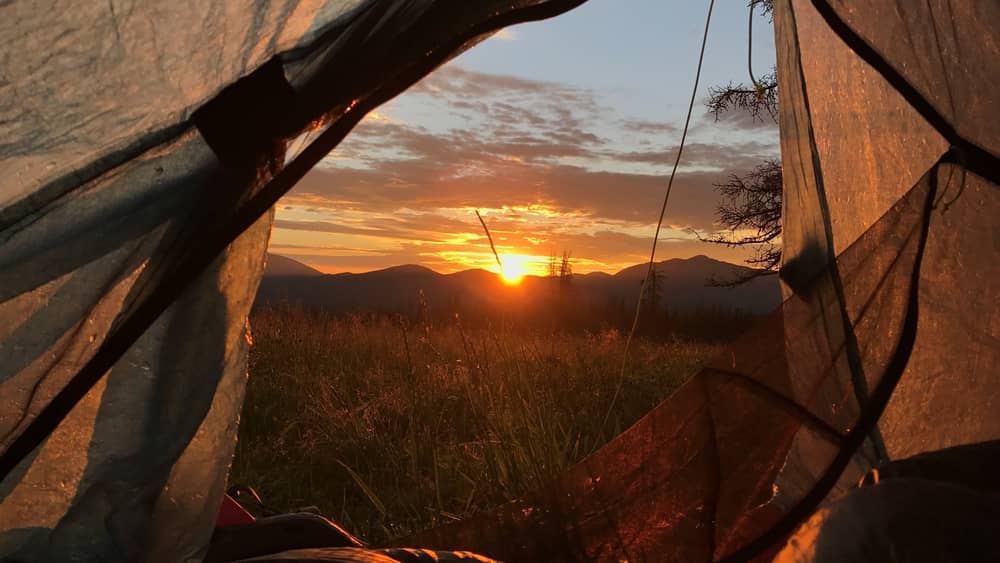 The 11th day of the CT would also be short. Our primary mission was to get to highway 114, where Cris would be waiting with burgers, fries and sodas to shuttle us into Gunnison for a two day break. She’s so good to us!

We awoke on Sargents Mesa to a spectacular sunrise.

On the trail we came upon several fearsome mountain creatures.

At the final summit for the day we bumped into through-hikers Xi, who just finished his degree at University of Denver and was doing the CT before returning to Beijing, and Cassidy.  We had met Xi at a stream the day before.

When we met Cris at the highway, we picked up two through hikers, Emily and Zachary and their dog, who were also headed to Gunnison before returning to the CT.  I pity poor Cris – we had been on the trail for days and were really ripe. She had all the windows down for the whole 45 minute drive down.

We get back on the trail tomorrow, and hit the highest point of the CT at 13,000+ ft.  The views of the San Juans get even more epic from this point on.